BIOLOGIST VAL ASHER OFFERS AMAZING INSIGHTS INTO THE REAL, NOT MYTHOLOGICAL, WOLF AND HOW ONE OF THE LARGEST PACKS IN NORTH AMERICA EXISTS JUST BEYOND BOZEMAN 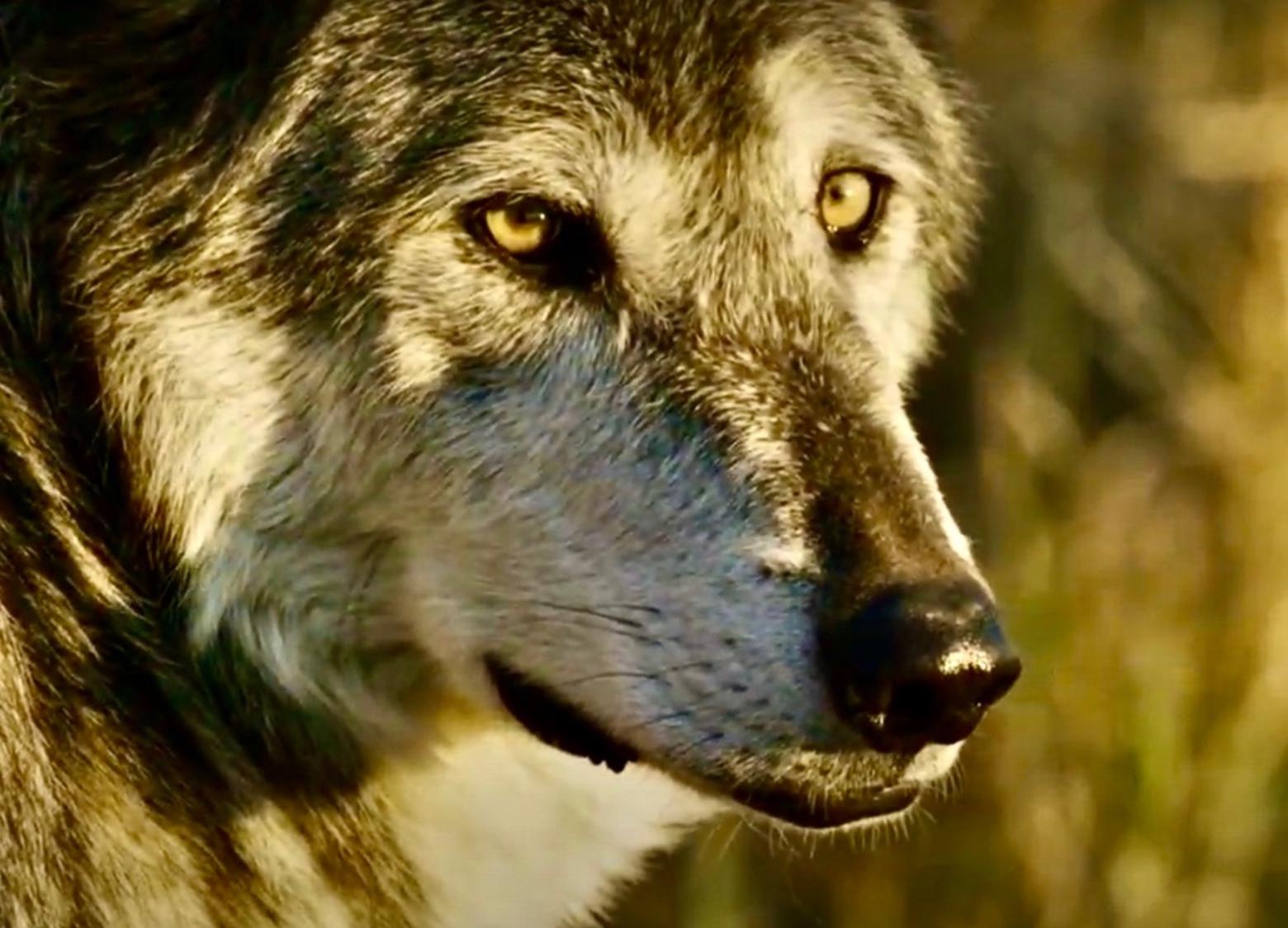 NOTE: Enjoy this exclusive sneak peak at the wild wolves of Ted Turner’s Flying D Ranch and the wolf biologist who studies them by clicking on film at bottom of this story.
by Mountain Journal
There is a huge difference between wolves that appear in fairy tales and the real animals.

As a population, wolves were annihilated from most of the American West and completely extirpated from Yellowstone National Park by the 1930s. When Ted Turner purchased the sprawling 114,000-acre Flying D Ranch southwest of Bozeman, Montana in 1989, he had not only a vision for restoring bison to a corner of the Gallatin Valley where once the species had been prolific; he wanted to transform what had long been an overgrazed cattle ranch into a living laboratory for all native species.

Less than a decade after wolves were brought back to Yellowstone in a historic reintroduction in the winter of 1995, lobos seeking new territories beyond America’s most iconic nature preserve found their way to the Flying D. Rather than bristle with alarm, Turner welcomed them with the equivalent of open arms.
Together with members of his ranch team, adult children and wolf biologist Mike Phillips, who had helped lead wolf recovery in Yellowstone only to co-found the Turner Endangered Species Fund, Turner issued an edict that those wild wolves were not to be shot—even if they preyed upon bison. The decision cut sharply against the grain of rural cultural sentiment in the West.
Then the Turner team then did something else: they enlisted a wolf researcher named Val Asher who, over the last two decades, has divined new and exciting insights into wolf behavior. Turner’s wolf experiment which she has chronicled in changing the way many people think about the prospects of co-existence between wolves and people, and the importance of private land conservationists.
In this Mountain Journal short documentary True Wild, produced by cinematographer Daniel Glick with amazing supporting imagery from Bozeman-based film company VisionHawk, the story of Asher, wolves and bison at the Flying D, and Turner’s philosophy about giving nature a second chance converge in a powerful confluence.
With True Wild, go full screen. We hope you enjoy this exclusive look at one of the largest wolf packs in North America, lessons learned by an amazing biologist and the legacy of one of the most influential modern wildlife advocates in the world. As a non-profit, public-interest journalism entity, Mountain Journal  wouldn’t be able to provide you with great content like this without the generosity of reader support.
True Wild Video
Previous Press
Next Press