We are committed to fostering the preservation and restoration of the native ecosystems that support the diversity of life around us. This mission is best seen in the protection and repopulation of imperiled American bison and Rio Grande cutthroat trout. During your visit, you can see the work of the Turner Endangered Species Fund and the property’s natural resources and biodiversity specialists, learn more about the work they’re doing on the property, and understand how your visit is helping protect and restore wildlife and the land. The property’s forest health and stream restoration projects have resulted in an abundance of wildlife species making their home on Vermejo, on full display for you to experience.

Vermejo is home to the genetically unique Castle Rock bison herd, which originated in part from the herd in Yellowstone National Park, one of the last strongholds for truly wild bison in the US. The genetics of the Castle Rock bison are especially important for supporting efforts to re-establish wild herds of bison and maintaining the genetic diversity of the species. The herd is actively managed to promote its growth and security. 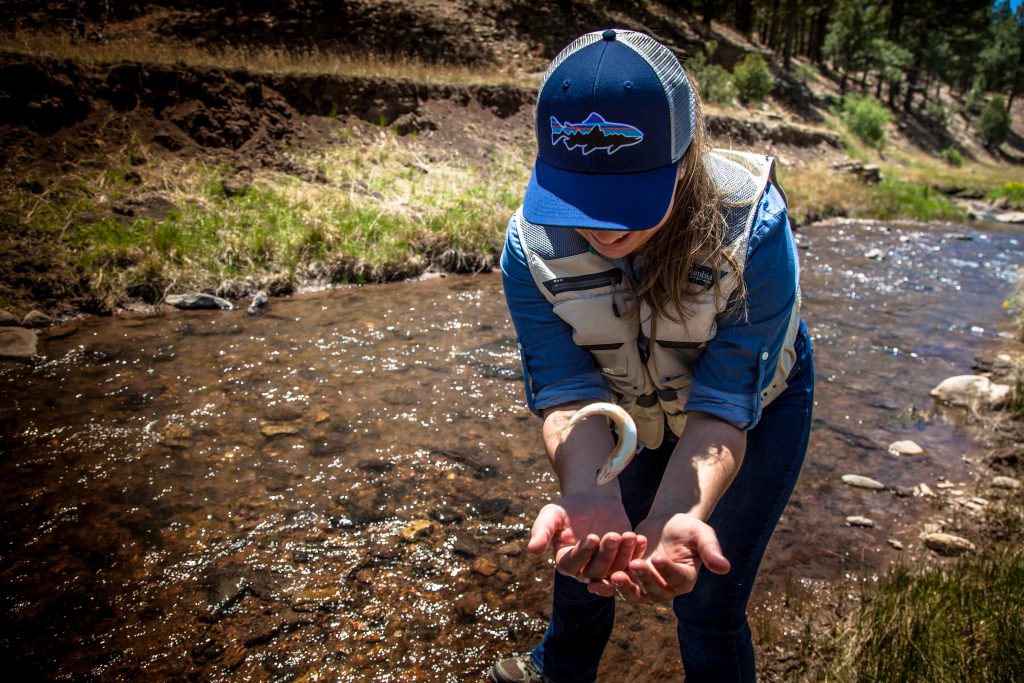 Vermejo collaborated with numerous conservation partners to restore the Rio Grande cutthroat trout to the entire Costilla Creek watershed on the property.  Including streams on the neighboring Carson National Forest, this project encompasses more than 100 miles of stream habitat and 18 lakes. Scheduled for full implementation by 2020, this effort represents a 20% increase in stream length occupied by Rio Grande cutthroat trout.  The project is the largest contiguous effort on behalf of native trout in North America to date. 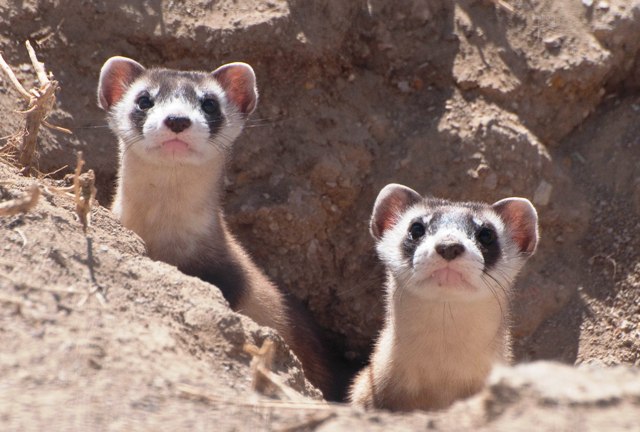 Following a ten-year effort to expand prairie dog colonies, Vermejo and the Turner Endangered Species Fund partnered with the U.S. Fish and Wildlife Service to release the endangered black-footed ferret into the wild on the property. Today, Vermejo has over 8,000 acres of habitat occupied by prairie dogs, a cornerstone species on the low elevation short-grass prairie and high elevation mixed grass parklands, and an essential foundation for ferrets.  Work continues to restore viable populations of ferrets on the property.

Vermejo participated in a research project with the New Mexico Cooperative Fish and Wildlife Research Unit from 2002 to 2004 to address decreases in mule deer populations. Vermejo allowed access, offered assistance to researchers and then performed habitat improvement projects on several thousand acres. The mule deer population is now on the rebound. 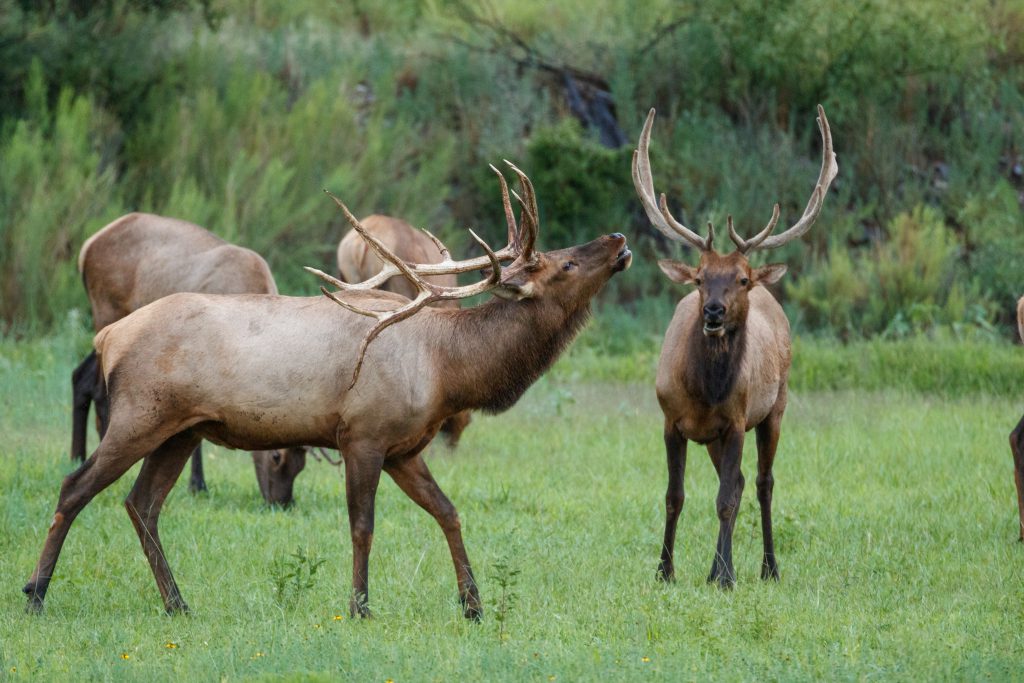 Vermejo and the New Mexico Game and Fish Department have studied causes of elk calf mortality to better understand and manage the elk herd at Vermejo.

Vermejo’s forest health and stream restoration projects have resulted in an abundance of wildlife species making their home on Vermejo, on full display for you to experience. 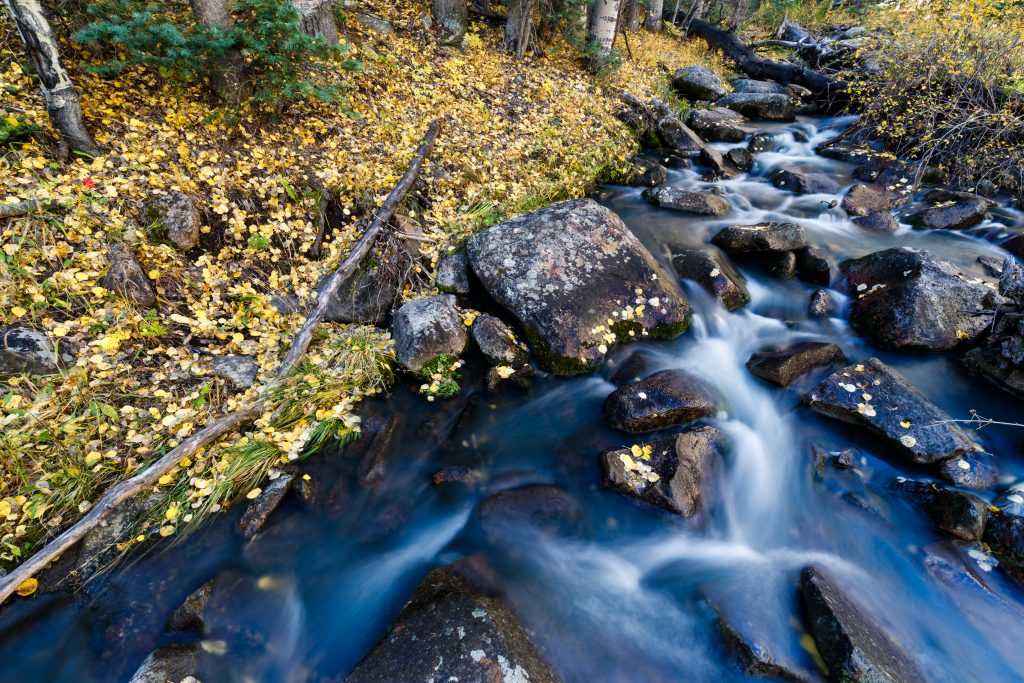 Beginning in 2014, Vermejo implemented a concerted effort to improve the stream and riparian health in the upper Vermejo River watershed. The long-term goals for the project are to restore riparian vegetation and stabilize the severely impacted watercourse to enhance trout habitats and promote keystone species such as beaver. Other species will also benefit from this work, including neotropical migrant bird species and small mammals such as the endangered New Mexico jumping mouse.

Vermejo has documented over 1,000 different plant species, which include nearly 25 percent of all plants native to the state.

Vermejo began a program in 1998 to thin the ponderosa pine forests back to pre-settlement conditions, a condition typified by large, mature trees, a more open forest canopy, and a parkland setting. To date, approximately 18,000 acres have been treated, and several local wood product industries have been developed around the program.

Since 2008, several experimental forestry treatments have been implemented with the goal of stimulating the regeneration of aspen stands in the upland forests that have been declining for years.

Vermejo began to develop baseline vegetation conditions on the property in 1998. Starting as a forestry program, the project expanded to include the short-grass prairie in 2003. In 2007, Vermejo expanded its monitoring program to include the entire property. Currently, over 50 permanent vegetation-monitoring plots have been established.  This data informs land management decisions intended to maintain or improve range and forest health.